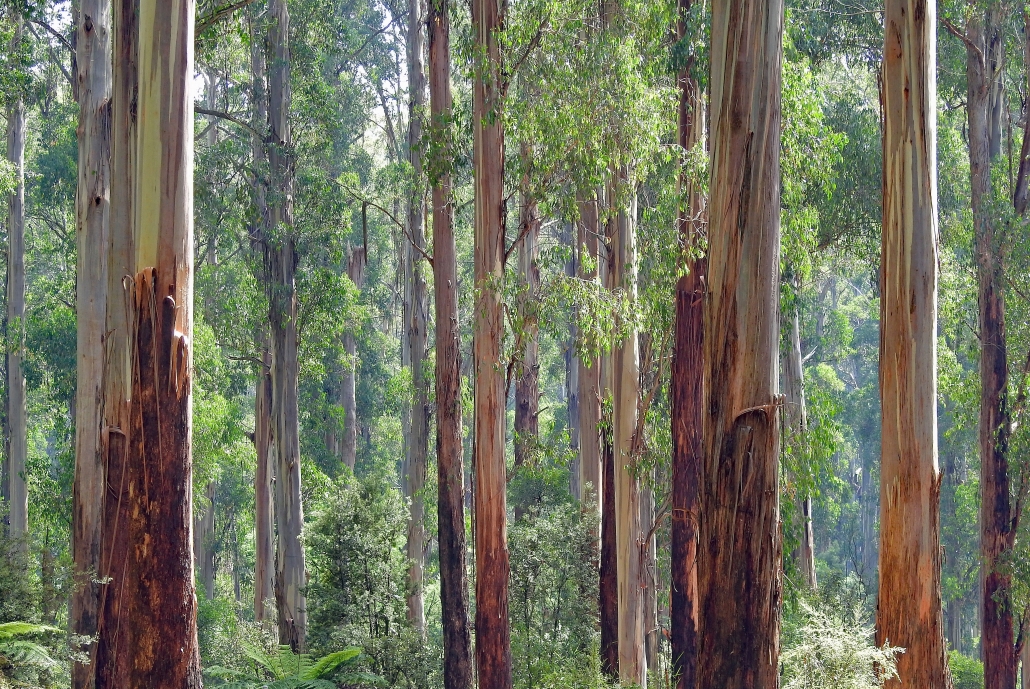 In the aftermath of the 2019-20 fires in eastern Australia, community groups and the media raised concerns about the impact of the fires on carbon emissions. Forests are a crucial component of Australia’s ability to sequester (‘store’) carbon. Australia’s Emission Reduction Fund, now the Climate Solutions Fund, enables landholders to create offsets which remove (or ‘cancel out’) emissions through sequestration. At present, the Australian Government relies on the Emission Reduction Fund to meet its agreed international emission reduction targets. The Fund also provides organisations with the ability to offset their own emissions through Australian carbon credits. The vast scale of forests affected by the bushfires in eastern Australia has created concern over whether forest fires reverse the sequestration benefits of forestry projects and therefore make their offsets redundant.

What happens to a forest during fire?

Carbon is sequestered as wood in the trunks and roots of trees. Below-ground carbon represents around 45% of total carbon for some eucalyptus and acacia forests [1]. It is widely accepted that forest fires release harmful air pollutants to human health, however carbon emissions from forest fires are more difficult to report. Studies have shown that as little as 1-3% of biomass (and carbon) stored is consumed during a forest fire. However, carbon consumed depends on the fire intensity and the existing state of the environment (e.g. in drought), forest age and type, and tree mortality.

Australia’s forest carbon accounting model for the land sector (FullCAM) demonstrates how these finer details are captured, as shown in the example carbon growth curves below. FullCAM shows that if trees survive a fire, total sequestered carbon only decreases slightly. If trees are killed in a fire event, sequestered carbon reduces by about half within one year, and gradually declines to zero in the decades following. To increase carbon stocks again, FullCAM requires a replanting or regeneration event.

Figure: Sequestered carbon over time in a forest experiencing fire in 2030, as modelled in FullCAM in the Bourke NSW region

How is fire accounted for in Australia’s greenhouse inventory?

Australia’s national greenhouse accounts assume that ‘natural background emissions’, caused by natural disturbance fires, average out over time and are thus considered ‘carbon neutral’. Only a change in land use from forest to another land use (such as grassland, pasture or developed land) is registered in our national inventory.

Unlike ‘natural’ fires, emissions from anthropogenic (human-induced) fires are reported in our national inventory. Anthropogenic fires include fires that exceed a natural disturbance threshold of the total land area impacted set for each state. Australia’s national inventory has only reported four years between 1990 to 2017 where fires were classified above this disturbance threshold and thus contributed to our country’s emissions. Australia has not yet reported the impact of the 2020 fires on its National Greenhouse Gas Inventory. The impact of fires on our national accounts is expected to worsen over time as drought and rising temperatures compound fire impacts [2].

For carbon forestry projects, tree mortality is used to assess the impacts of fire on total sequestered carbon and therefore the creation of offsets. Areas impacted by fire must be removed from forestry projects if the fire kills more than 70% of all trees in that area [3]. Following a fire event, carbon emissions are reconciled against sequestered carbon to ‘cancel out’ offsets that no longer represent sequestered carbon. If a project can persist for a few years following a fire, areas that have been removed can be added back to the project if they show signs of regrowth (‘forest potential’). This is a crucial aspect of carbon forestry practices to ensure land use does not change following a fire event.

If a fire kills enough trees to result in large portions of the project area being excluded and offsets having to be refunded, landholders may lose the income they depend on to support land management activities and audits as required by the Fund.  Without financial support, a project is at risk of failing and being deregistered from the Fund. Although this has not yet happened in Australia, this fate befell a carbon forestry project in California, USA, after a 2015 fire.

The increasing frequency and severity of bush fires and impacts of prolonged drought threaten to disrupt Australia’s plans to sequester more carbon in the land sector in the future. To mitigate fire risks, the Emission Reduction Fund may have to consider how to support carbon forestry projects after fire events so that land can be added back into projects when forests begin to regrow. Appropriate fire management plays a crucial role to increase forest ecosystem resilience and ensure carbon forestry projects remain viable in the long-term. Ultimately, forest protection and sustainable forest management is still critical in the battle to reduce our country’s emissions and mitigate the worst impacts of climate change.

This article was written by Brett McKay, Manager at Point Advisory with a focus on Climate Change and Energy.

[1] Refer to Schedule 1: Default values for the root to shoot ratio of Eucalypt Open Forest and Acacia Open Forest used in allometric equations in the Avoided Deforestation Methodology.

[2] Refer to the Climate Council for more information.