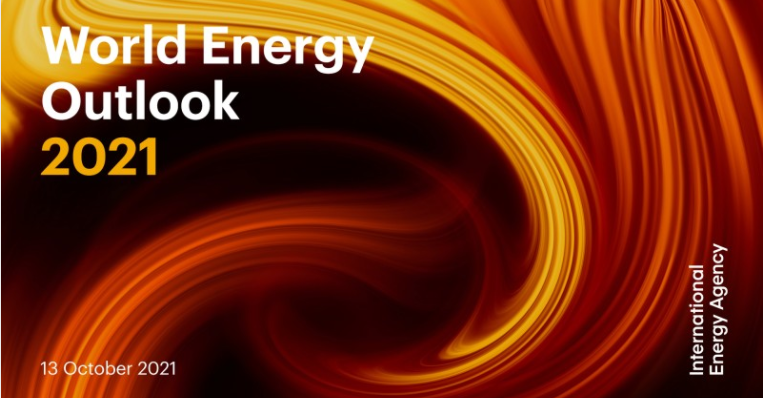 Last year saw the arrival of a Net Zero Emissions by 2050 Scenario (NZE). It is now accompanied by an Announced Pledge Scenario (APS) which encompasses countries’ net zero pledges and updates to Nationally Determined Contributions in the year to date. These pledges now start to “bend the curve” and bring the temperature rise in 2100 down to around 2.1 °C. Encouragingly it shows a turning point where, for the first time, we enter a decade where economic growth is expected to rise and emissions may fall.

Even with this emissions peak, a much greater global effort is still needed by 2030 with the new pledges covering only 20% of the reduction required by 2030 and only 40% of what is needed by 2050 to reach net zero, as illustrated in Figure 1 below.

What is needed to reach net zero?

Over time we have seen a steady shift in policy and pledges towards a NZE scenario, however current pledges to 2030 are not enough which means the transition from 2030 to 2050 is likely to be a ‘disorderly transition’1 and could see stronger regulation and barriers to finance for those who cannot decarbonise rapidly or flexibly adapt to new market shifts. The scenarios therefore indicate more is needed sooner and therefore widespread adoption of science based targets by 2030 should help bridge this gap.

What does a net zero pathway mean for Australia?

Recently discussion has turned away from what Australia and its regions are set to lose and embraced the need to access opportunity and not be left behind. Coal export is at the forefront of this discussion as Australia is the world’s largest exporter. The IEA expects that Australia’s coal exports will fall by at least 5% by 2030 (in line with demand in Japan and Korea), could fall by 25% if the announced pledges are implemented and all coal exports would need to halve by 2030 to align with a NZE pathway.

The story for natural gas exports is however a little more nuanced with expectation that falling demand for Australia’s LNG exports in Japan and Korea will be displaced by rising demand in other developing Asian economies if the announced pledges are implemented. However, the path to net zero by 2050 would need to almost eliminate natural gas use in the power sector (reduced to 1% of electricity generation worldwide compared with almost a quarter today) and halve LNG trade globally.

Countering this potential decline is the opportunity for Australia to invest in clean energy and infrastructure, which needs to treble from $1 trillion per year to over $3 trillion per year across the decade to 2030 to align to NZE scenario. A key part of this investment opportunity relates to green hydrogen with Australia forecast to install over 30GW (or over half the global capacity additions) of planned and announced electrolysers over the decade to 2030. The need for renewable energy will also be boosted by this technology and lead to derived demand for Australia’s critical mineral exports such as nickel, zinc and copper.

Finally, a net zero pathway is critical to maintain the resilience of ports, transport infrastructure and electricity networks that Australian industry relies upon. IEA describes geospatial analysis that indicates over 40% of Australian distribution networks are exposed to a high risk of damaging cyclone winds, notably higher than the global average of around 25%. It also notes that fossil fuel supply chains (including LNG plants and oil refineries) are heavily exposed to risks from violent storm surges, with some 50% and over 35% of today’s facilities in very high-risk areas respectively.

How can you align your business towards a net zero future?

The IEA indicates over 40% of the emission gap that remains to 2030 can be met with cost-effective solutions including renewable electricity, methane abatement, energy efficiency and electric vehicles.  These opportunities can be pursued by most businesses.

Businesses need to consider why they are not setting an emissions target and evaluate the risks to upstream costs of inputs and downstream markets in their supply chains as expectations change. Investors are also looking to reallocate capital and opportunities may exist if you can demonstrate leadership relative to your peers in setting science-based reduction targets with credible plans to achieve them

Point Advisory is helping local and state governments, as well as major listed companies to develop net zero emissions targets and pathways. We are also assisting them assess opportunities from the energy transition and responding proactively to stakeholder expectations.

Please contact us if we can assist you in your journey to net zero.