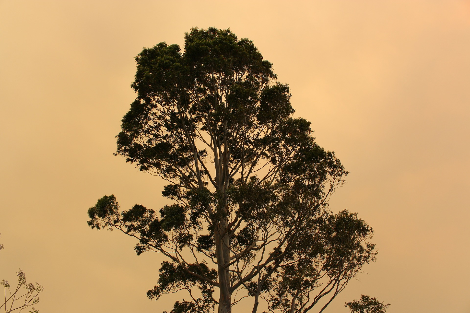 Forests on fire: A brief discussion of this year’s forest fires

Appropriate stewardship of our forests is vital for people’s livelihoods, maintaining biodiversity and mitigating climate change. Yet in 2019 we continued to lose our forests to unnaturally large and intense fires.

This year’s fires in the Amazon made global headlines. Between January and August 2019, Brazil experienced around 40% more fires than compared to the previous year. Almost 42,000 fire hotspots were recorded in August 2019 by the Brazilian National Institute of Space Research (INPE) that monitors forest loss. In August, the Brazilian government fired the chief of INPE and further forest loss reports have been postponed. Natural forest fires are very rare in the Amazon. A combination of a changing climate, policies and deforestation pressures have kindled these large human-induced fires.

The Amazon, however, is not the only forest ecosystem on fire. This year, deforestation fires have been raging across the Indonesian archipelago. Land managers use burning to clear land for agricultural purposes. If those fires are not managed carefully and conditions are too dry, they can spread uncontrollably. Forest fires are an annual environmental and transboundary air pollution problem in Indonesia. Annual dry seasons are often intensified by El Niño. The Indonesian government has been active in fighting this year’s deforestation fires, and has generally made progress in reducing deforestation in the past years, however, problem areas remain.

We also saw a significant number of fires burning in Africa, the Arctic, Europe and most recently in Australia. The spring bushfires in Queensland, NSW and Victoria have destroyed large amounts of forest and livelihoods. A combination of prolonged drought and extremely hot, dry and windy conditions have contributed to above normal fire potential, resulting in the declaration of emergency warning levels in many parts of the country. As we have seen, under these conditions, fires can be uncontrollable, unpredictable and fast moving. Fire is an important part of Australia’s ecosystems. However, a recent study analysing variability of Australian fire weather found there is a long-term upward trend in fire weather which is likely due to anthropogenic climate change. Understanding these variabilities and interactions between climate drivers and fire weather will improve forecasts of fire weather and enhance effective fire planning and active fire management. The Australian Seasonal Bushfire Outlook for instance takes key climate drivers into consideration when assessing fire potential.

These large-scale forest fires, whether in Brazil, Indonesia or Australia, are not only devastating regarding livelihoods and biodiversity, but also from a climate mitigation perspective as forests are important carbon sinks. IPCC’s Special Report on Climate Change, Desertification, Land Degradation, Sustainable Land Management, Food Security, and Greenhouse Gas Fluxes in Terrestrial Ecosystems highlights that to limit warming to 1.5°C or well below 2°C, land-based mitigation and land-use change are fundamental. The report stresses large benefits for climate mitigation when maintaining carbon stocks in forest ecosystems, for instance through forest protection, sustainable forest management, reduced deforestation and forest degradation. While the role of forest for climate mitigation has been acknowledged internationally, global tree cover loss and deforestation rates have increased. This emphasises the importance of improving the stewardship of our forests to combat climate change.

This article was written by Amélie Uhrig, Consultant in Environment and Climate Change at Point Advisory.