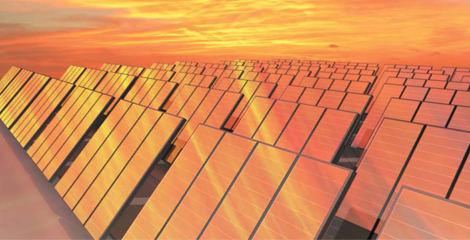 In May 2019, Bank Australia became the first bank in the country to switch to 100% renewable electricity, one year ahead of their 2020 target. Point Advisory is pleased to have contributed to this commendable achievement, providing advisory services regarding RE100 reporting requirements for the Bank’s transition towards 100% renewable energy. This work was informed by our previous advisory services to Bank Australia for the development of an emissions inventory that is compliant with the reporting requirements under the National Carbon Offset Standard.

The switch – which sees Bank Australia’s entire operations running on renewable electricity – has been made possible through the installation of rooftop solar at their head office in Melbourne and National Contact Centre in the Latrobe Valley. They have also entered into a 10-year agreement with renewable energy developer Pacific Hydro as part of the Melbourne Renewable Energy Project.

The transition to 100% renewable energy sends a strong message and a positive example to other Australian companies, as an increase in the use of solar and wind power saves both time and money on the company’s energy bills. The switch demonstrates that renewables are beneficial to both the bottom line as well as the environment.

Please contact us to learn more about how Point Advisory can help your organisation to fulfil all reporting requirements for a 100% renewable energy target in line with RE100 guidelines.

This article was written by Caoilinn Murphy, Senior Manager at Point Advisory.